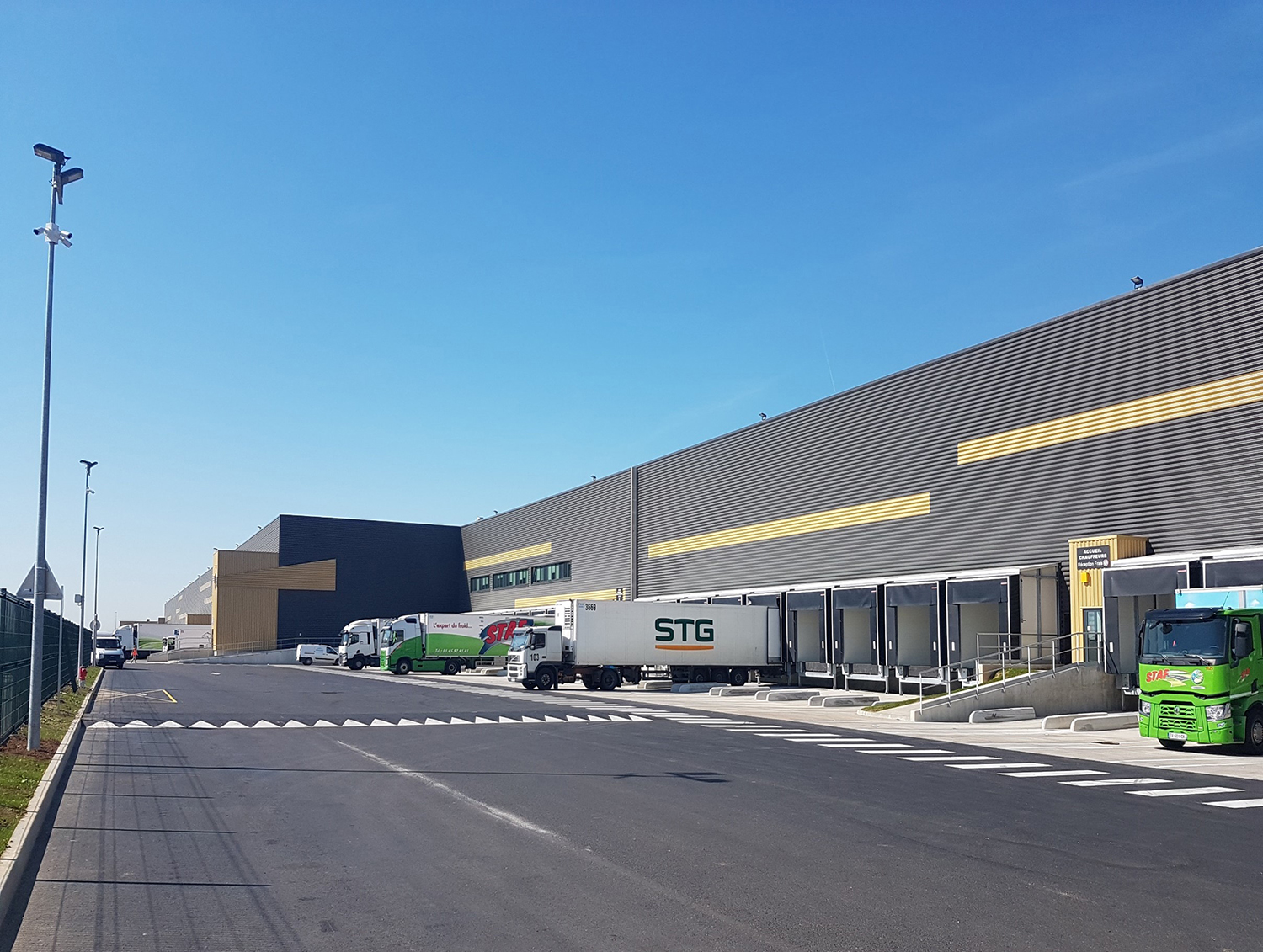 IDEC DELIVER A 53,000 m² PROJECT FOR SAMADA IN WISSOUS (ESSONNE)

FAUBOURG PROMOTION and IDEC, two subsidiaries of the IDEC Group have just handed over the keys to a 53,000 m² project in Wissous (Essonne). This project based around a multi-temperature warehouse and offices and which will be home to SAMADA, a subsidiary of the MONOPRIX Group, was officially opened on 27th June.

SAMADA, the subsidiary of the MONOPRIX Group which deals with its logistics business activity, called upon two companies in the IDEC Group to build these new facilities near Paris. This project supported and developed by FAUBOURG PROMOTION in the heart of the Haut de Wissous 2 Park which it laid out, was built with work being managed by the IDEC teams. The construction of this new project once again underlines the perfect way in which the various companies in the Group work together to come up with a global solution with a single contact for the clients. “We appreciated the involvement of FAUBOURG PROMOTION and IDEC, who contributed to the success of this project, while respecting the deadlines, in spite of some tricky weather conditions,” explained Jean-Pierre DEVILLIERS, Managing Director of SAMADA. “We are proud of the quality of the building that was handed over, both in terms of its architecture and functionality, as well as the fact that all the technical elements were dealt with perfectly.”

53,000 m² of multi-temperature storage and offices

This latest project, which was officially opened on 27th June in the presence of all those involved in the project and the client, was based around two buildings. A nine-unit multi-temperature warehouse, with six given over to dry storage and three for storing refrigerated products will take care of the logistics business for many of the stores with the MONOPRIX brand name in the East of Paris. In addition to that, there are also 1500 m² of office space in this project. It is home to the new headquarters for SAMADA and the MONOPRIX teams.

The logistics warehouse benefits from Very Good BREAM certification, confirming the hard work done to reduce energy consumption and to ensure the well-being of the future occupants. A lot of effort went into the insulation and the installation of full LED lighting. This latest certification shows once again how IDEC is able to come up with sustainable buildings with more than 1.2 million m² already certified and built for its clients.

The IDEC teams in charge of the construction of this 53,000 m² project were kept busy for 14 months, four of which were affected by bad weather delaying the normal pace of work. “During the official opening, our client stressed the performance achieved by the IDEC and FAUBOURG PROMOTION teams,” explained Tony MORAIS, Managing Director of IDEC. “In spite of some tricky weather conditions, the deadline required by SAMADA was respected.” Eight months after work first began, the first units were gradually made available, before the final handover of the warehouse in March. The construction of the office block was carried out at the same time with a handover in June.